Alert on Annick Weilche and Rendezvous in Paradise 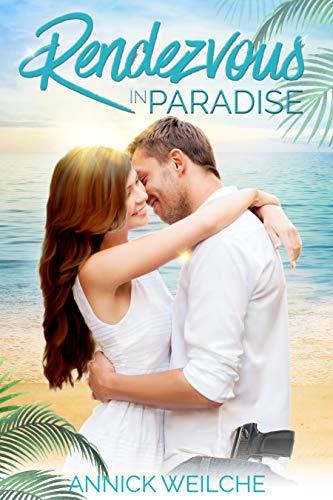 An INTERPOL agent falls for the beautiful tourist but is she involved in the drug trafficking case he is investigating?

The attraction flaring between them was real…but why was he ignoring her now?

What do you do when your handbag goes missing? You team up with the handsome detective to flush out the thief!

Amanda Jones’ dramatic adventure starts when she’s on vacation on a tropical island. Teaming up with Detective Jerome Richard, she tries to get to the bottom of the mystery. But she’s more engrossed in the sparks flying between them.
Jerome needs to distance himself from Amanda to protect her from his undercover assignment, but he’s appalled by the consequences of his relationship with Amanda. Now he’ll have to let her in closer than he’s allowed anyone before if he’s to protect her from the drug cartel he’s investigating. Will he be in time to save her?

Escape to an exotic location with this thrilling story where passion collides with danger!

Yes, my family is very supportive of my writing. My parents and siblings are very proud of me. My husband is my rock and my children support all my crazy endeavours (and there are a few).

I cannot think of anything different I would do. I’ve loved writing from a young age, my journal, poems, essays at school and I read incessantly all the time I was growing up.

If I didn’t have a full time day job and I could write full time, I could write a book in a couple of months. I’ve not experienced writer’s block so far.

Amanda Jones leads a normal boring life and is thrilled when she wins a holiday on a tropical island. When, the day after her arrival on the island her bag is stolen, she meets detective Jerome Richard and the attraction between them is immediate.

Jerome, however, is on the island to work a dangerous case and when Amanda becomes involved in his case, he is determined to safeguard her from the clutches of the criminals he is investigating. Despite the sparks that fly between them, Jerome tries to keep his distance from Amanda but she’s only interested in spending more time with the handsome detective.

Will Jerome be in time to save her? 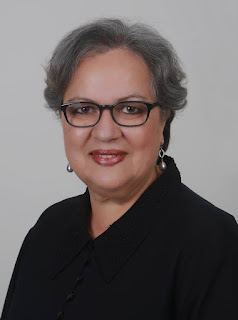 Annick Weilche was born in Mauritius in 1963 and emigrated to Australia in 1982. She lives in Sydney with her husband of 31 years, two of her children and her dog, a Shi Tzu x Maltese called Charlie.

Annick is a romantic at heart, an avid reader, a member of the Varroville Gospel Choir, and she loves watching movies and TV series. She is at her happiest at the beach, where she spends all her holidays and hopes to retire one day, after she's travelled the world.

Annick Weilche around the web: